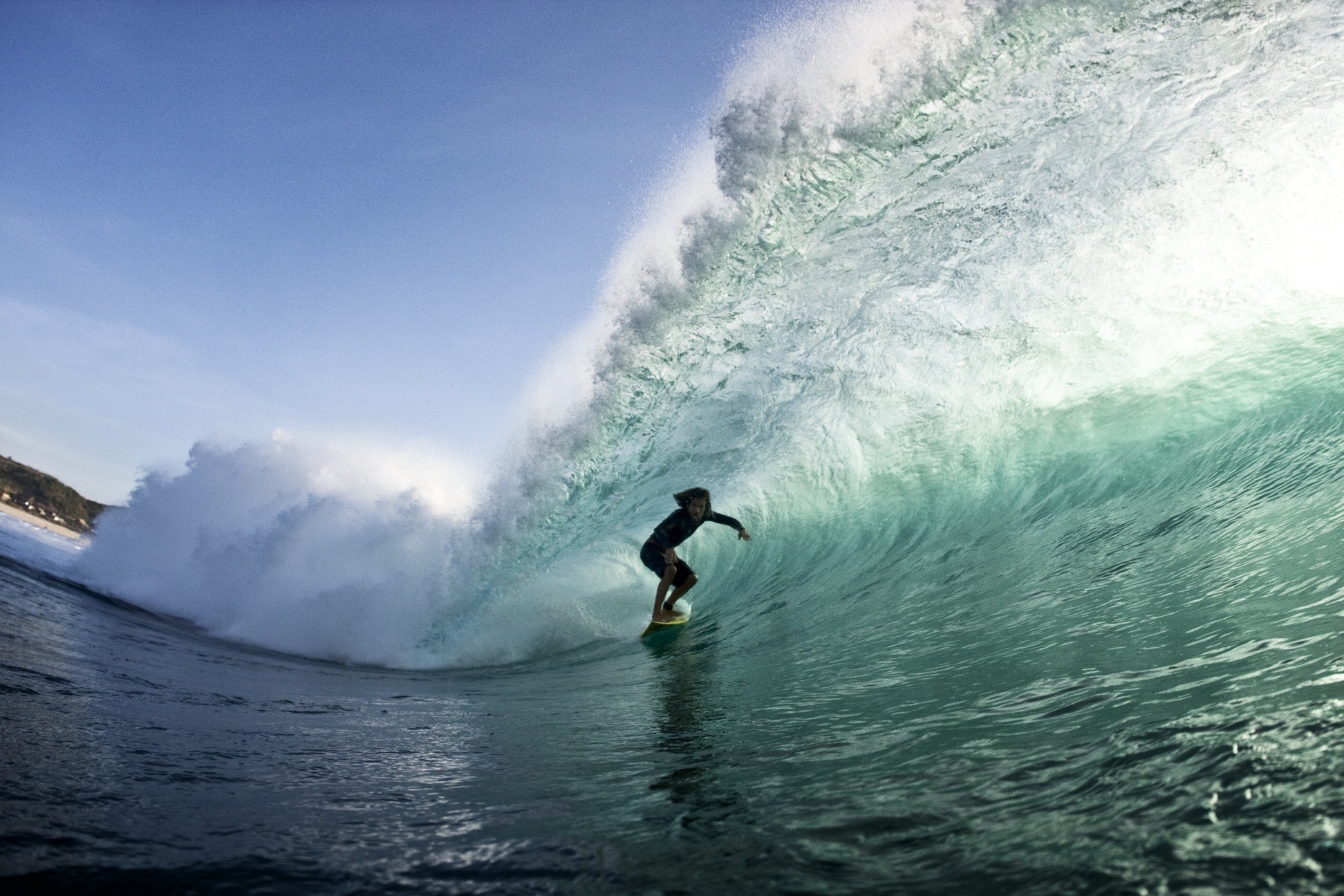 Rob Machado and Taylor Steele spent over six months in Indonesia collecting footage for the film. As Indo is home to some of the world’s greatest waves, it is not far-flung to believe that the world’s most famous soul surfer had the surf trip of a lifetime. But the movie goes beyond that, The Drifter also documents Rob’s search for life’s deeper meaning. The surf trip ends up taking him on a soul-searching journey where he eventually finds himself in Indonesia’s outermost reaches with nothing but a surfboard, his journal and a tent. Machado’s conclusion after scoring more perfect waves than any surfer could ever wish for? There’s always a new dream to chase.

Much of the dialogue in The Drifter is taken from Rob’s own personal journals. According to respected surf journalist Nathan Myers, who co-wrote the movie, there is nothing embellished in Rob’s candid, heart-felt passages. It is these passages, in fact, that drive the movie, from Rob’s epiphany in Bali, to his ill-fated motorcycle purchase, to his decision to delay his return to California, blindly pick a new island on the map, and just go.

Kelly Slater joins 'Surfing for Peace' and 'One Voice' in Israel