The Hague wants to create a community where free spirit and freedom reign, so you may well come across similar surf chicks if you head over to the spanking new surf village everybody’s talking about.

If you have no idea what I’m talking about, check out the press release…

What will Hawaii, Bondi Beach, Cape Verde, Mozambique, Biarritz and The Hague soon have in common? Surfers already know the answer: a spot where surfing is taken seriously. ‘The Hague is not only the international city of peace and justice, but also a fantastic place to go surfing. That’s why it’s great that surfer will now get their own spot where they can find everything they are looking for,’ explained Deputy Mayor Frits Huffnagel (City Marketing).

The plan with the working title Free Architecture Surf Terrain (FAST) was submitted by DOEN Evenementen. The plan provides for a centre with showers and changing room facilities with lockers, sleeping accommodation, a small stage, a café with internet facilities and parking for surfers with campers.

The surfers village would be situated close to the sport beach in Scheveningen.

“This village will form its own international community where freedom and ‘free spirit’, values synonymous with The Hague and with the beach, will reign supreme,” explained Roland Verbiest from DOEN Evenementen. ”We will ensure that that village is mentioned in the most widely-read travel guides like Lonely Planet so that it becomes known all over the world as a surfing hotspot.” 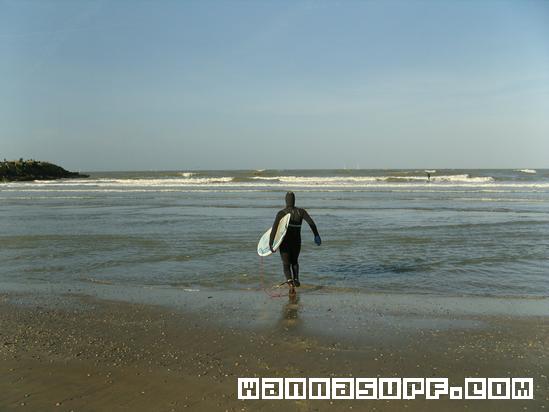 Future plans
The surfers village fits in well with the city’s future plans for the Scheveningen Harbour. For example, the municipality would like to extend the buildings of the fishing industry to the dike and place a terrace on the roofs of the building for beach and sea sports. A permanent beach stadium is also planned by the Noordelijk Havenhoofd (northern side of the jetty harbour).

FAST would make temporary use of the terrain at Strandweg 3 for a period of two years until the end of 2010. The municipality is facilitating DOEN Evenementen and is assisting the organisation in acquiring the necessary permits. If everything works out well, the FAST can open in spring of 2009.